New Plans for the Golden Mile 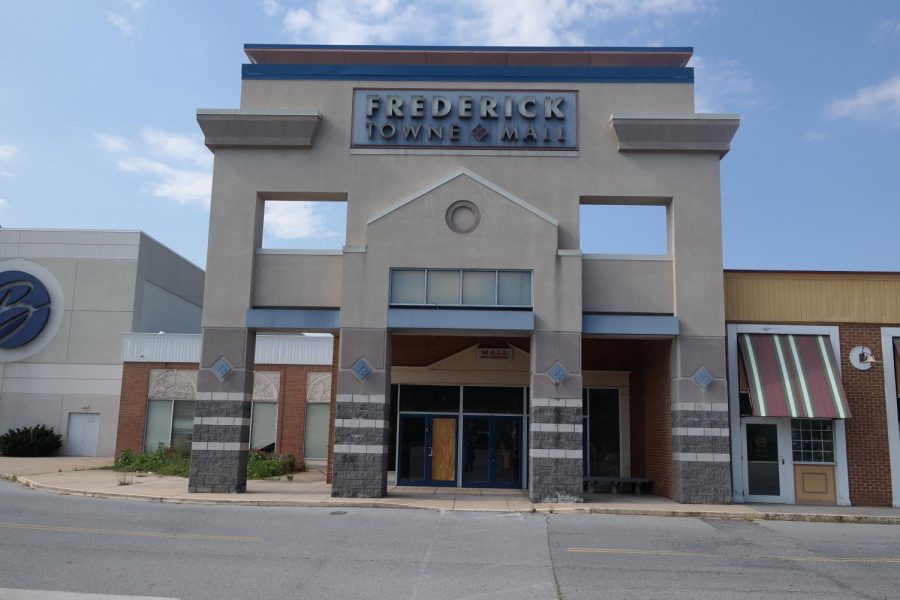 A view of the abandoned “Frederick Towne Mall” taken by Aaron Stone.

This December, Frederick Towne Mall will be seeing some new renovations. Warehouse Cinemas has just revealed that they have signed a lease to move into the old mall this holiday season. The theater is planned to be open in the summer of 2020.

District 40 (the name of the project) will add around 75-80 new job positions for the community and will be a major tourism booster for the area. There has been talk of other family friendly businesses moving in as well. In a statement by the Frederick News Post “Caldwell Banker Commercial, the leasing agency for the 580,000-square-foot site, envisions the former mall as potentially home to a combination of such things a go-kart track, a video arcade, a bowling alley or even a trampoline park.”

Warehouse Cinemas is 39,000-square-feet, with 10 movie screens. It was called an “affordable luxury” by the Frederick News Post. Warehouse cinemas will feature state of the art recliners and dining options. The owners plan to obtain a liquor license as well. On the Warehouse Cinemas website, a virtual tour has been released to the public.

The company is not worried about streaming devices like Netflix and Hulu. “Long-form content like movies, we believe that there’s an innate desire for people to get out of the house and see a larger-than-life screen.” Their idea is that people don’t want to wait months before the new Star Wars movie comes out on the streaming services.

The theater is not the first attempt at adapting the abandoned mall. In 2013, a Walmart Supercenter considered the location. However, the proposal was never approved.

This new theater is an attempt at cleaning up the Golden Mile once again. The new plan is attempting to bring in new groups of people to the area, making it more family friendly make the area safer for the public.  Many citizens have concerns with the area and associating it with gangs and violence.

Students and staff are ecstatic over this new project. “I’m excited to go to the movies, they look pretty cool,” Sophomore Elise Smith expressed.

Although one students feel that the project is “a waste of valuable economic resources, the project funds could be put to better use,” Senior Elijah Royal said.

Other students have other concerns, “I think traffic could increase a lot,” Camile Campe, sophomore, stated.

The community as a whole believes its a beneficial, “It’s just an empty building, it will be a nice place for people to hang out,” Ms. Grissen rejoiced. So butter up your popcorn because it will be open before we know it.