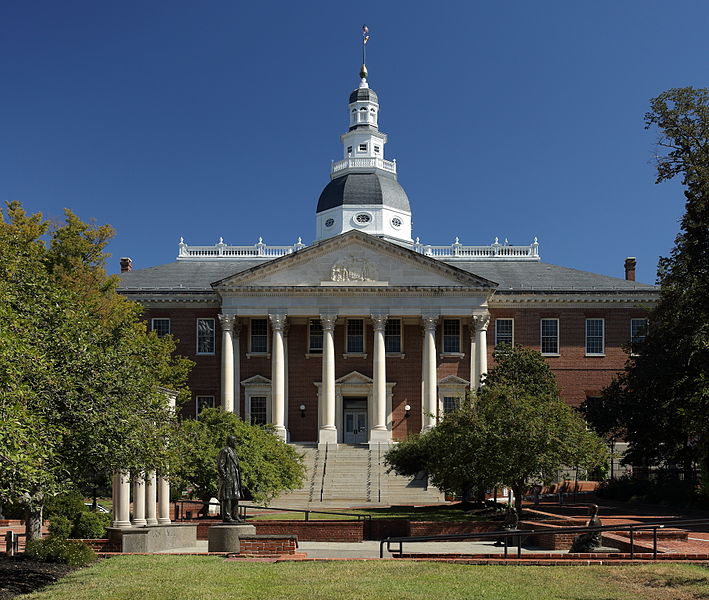 The Maryland State House in Annapolis

Joshua Miliken, a senior at Oakdale, is participating in the Student Page Program. He is serving his second and last week from March 9 through March 13. Miliken started the process of applying to the program after he saw a poster in Mr. Nate Smarick’s room.

The Maryland General Assembly is a good opportunity for high school students to work as pages in both the House of Delegates and the State Senate. As pages, they have many important duties, from getting coffee for members to sitting in on committees.

“They perform tasks so the legislators can be focused on making laws instead of running errands,” explained Mr. Nathan Smarick, a social studies and guitar teacher at Oakdale, as well as an organizer for the program.

Simple tasks, such as getting coffee and laying out bill books, may seem unimportant, but the extra help makes a difference in the General Assembly. Pages working to make everything run smoother helps make the time in session more efficient.

It is not only helpful to the members of the General Assembly, but also provides a valuable experience to the student pages. They learn more about how our state government works in a hands-on manner.

“You get to meet with all these powerful people, a lot of the delegates just spent time talking with us as a group and it was super interesting. Personally, it put a lot of life goals in context,” revealed Miliken.

The application process in FCPS is unique to the county. Students start by presenting a five minute speech on what they think is the most pressing issue for teenagers today; Miliken chose data security:“I chose data security for us because we’re forced to use online stuff and the school keeps all that data.”

After he was chosen to represent the school, he competed at County level against 11 other students. FCPS is allowed to send five pages and one alternate to serve in the General Assembly, and Miliken was chosen as one of the five.

He spent time with some of Maryland’s most important people for two non consecutive weeks, and gained experience that will set him apart. Miliken plans to study economics in the future and will be able to use what he learned in the program to give him a head start in college and in life.

The Maryland State House in Annapolis