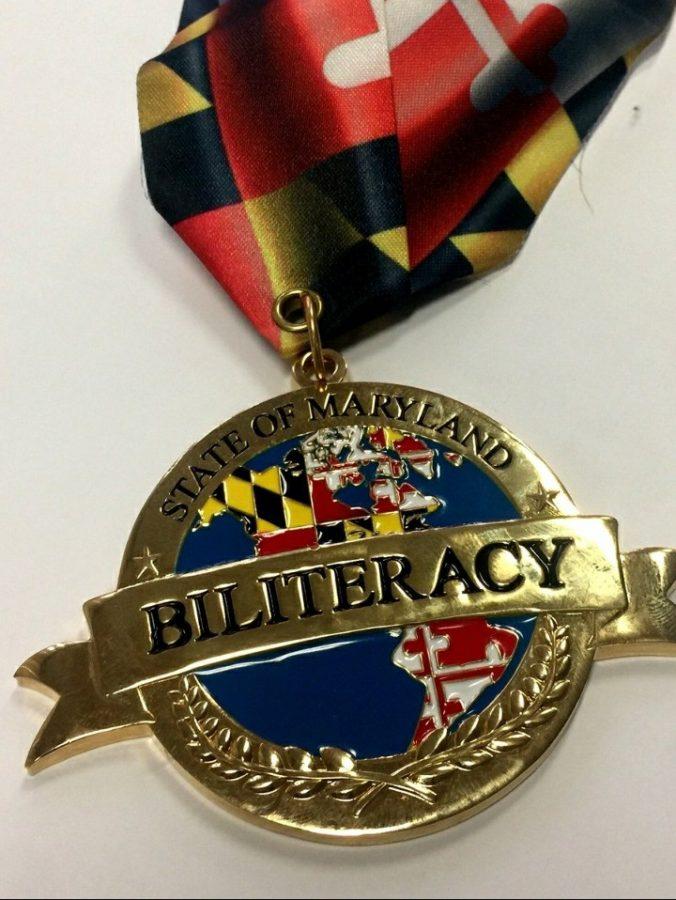 Starting in the spring semester of this school year, students who score a 4 or a 5 out of 5 on the AP exam for a foreign language will receive a Seal of Biliteracy, a medal to honor the students’ bilingual abilities.

“Adopted by Maryland in April 2016, the Seal of Biliteracy is an award given by a school district for students who have studied and are competent in two or more languages.” stated an email forwarded out by teachers and administrators at Oakdale.

Mrs. Bethany Brown, a Spanish teacher at Oakdale, explains the concept of the medal, “One major benefit that I believe that the Seal of Biliteracy offers to students is the certification of a real-life skill that improves opportunities for the workplace and for college. It also strengthens cross-cultural communication, affirms the value of diversity, and honors the multiple cultures and languages in our communities.”

While Spanish and French are of the most common languages students can receive the award for, they are certainly not the only languages eligible. “The Seal of Biliteracy is available for many languages, some of which are not taught at FCPS,” Mrs. Brown elaborates.

Upcoming AP Spanish student, Madison Houser, talks about her opinion on the award, “I would say it’s beneficial especially since future employers and colleges will look at it, and often times, even if students don’t necessarily want to learn another language, they’ll do it because it looks good on college applications and it’s an overall good skill to have in adult life.”

“The Seal of Biliteracy is something brand new at OHS and FCPS. Although students may receive this seal this year, it will not be fully implemented at all schools until 2018-2019,” states Mrs. Brown.

Hopefully the introduction of the award will give students a physical representation of their language proficiency and efforts in carrying on through many years of said language throughout high school.

Make sure to congratulate recipients of the newly introduced Seal of Biliteracy this year and for many years to come!