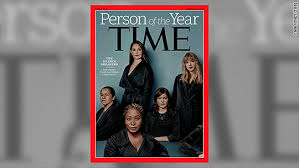 The rise of the “#MeToo” movement (an act driven by women coming forward sharing their experiences of sexual harassment) has created a world where people now feel empowered to come forward and share their experiences where they once felt ashamed or afraid.

From Washington, with allegations by numerous women against President Trump, to the big wigs of Hollywood like Harvey Weinstein and James Toback, sexual assault allegations are becoming more and more frequent in the news today.

As all can agree, sexual assault and harassment are no topics to be taken lightly.

Companies have more than ever made it their duty to make the handling of sexual assault allegations as seamless and effective as possible, made apparent most recently with NBC firing head news anchor, Matt Lauer. If this means the firing of the alleged offender, it’s what will be done to protect their employees.

Sexual harassment is defined as a form of sex discrimination violating the Title VII act of 1964, declaring it unlawful to harass a person in any sexual manner. This includes sexual advances, remarks or any verbal or physical harassment of a sexual nature.

It’s where the line is drawn between sexual harassment and off-handed comments by misbehaved men that is causing debates across the world today.

There are people who say it becomes sexual harassment the second any unwanted advance of the most remote sexual manner, such as a compliment, are said.

¨I believe sexual harassment is not just a specific set of things, but a wide umbrella of actions that all make a woman uncomfortable,¨ explained Zack Warner, sophomore.

Under Title VII, however, off-handed remarks and isolated events, such as flirting or complimenting, are not illegal. It’s not until the remarks become so frequent that it creates a hostile environment, that it becomes bonafide sexual harassment.

¨Some of these allegations, while based off of truth, are sometimes being exaggerated to the point where it´s ruining the lives of some of these men,¨ countered Sophomore Brock Layden.

Yes, there is a very defined line between what is sexual harassment and what is not, but people should always show professionalism, respect and decency. If this was the case, that line would never come close to being crossed, and would avoid these debates in the first place.