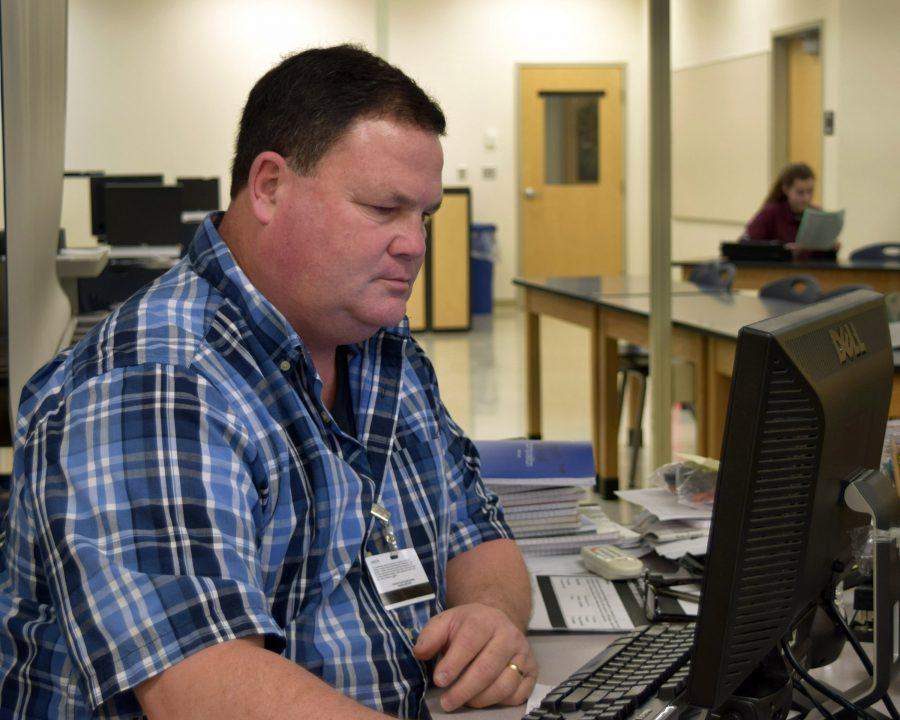 By Brenan Capicchioni and Dylan Utz

Roger Rich is one of the new staff members this year. He was born near Ft. Worth, Texas. He has lived most of his life in Maryland, but spent seven years in Arizona before he ventured back to Maryland. He earned a Bachelor’s Degree in Marketing at the University of Maryland in 1987 and a Master’s Degree in theology at Liberty Seminary in 2013. Before he began his teaching career, Mr. Rich owned and operated a graphic design business for 22 years that did many jobs including sports events and business.

Currently, he is bi-vocational, meaning he has two occupations. Along with the task of educator, he is a pastor at Lakeview Church, which currently meets at New Market Middle School; however, they will soon have their own church.

A fun fact about Mr. Rich is that his first date with his wife was skydiving! He has been married for thirty years and has three children (two of them are married), as well as two grandchildren.

Here at Oakdale he teaches Communications and Foundations of Technology. When asked if he likes teaching freshmen he said, “Yeah, they’re great”.

He hopes to “let kids know how smart and able they are and power them to learn”.

Students in his classes have said his teaching methods are progressive and tend to influence change.

Other students say he’s fun to be around. When asked what drew him to teaching he said: “I love being around kids; they’re smarter than adults”.

In just one semester, many improvements are visible in the Morning Announcements class, known also as Digital Communications. Lack of formal curriculum has left the class open-ended, but that doesn’t bog down Mr. Rich. He has led the class to fresh and exciting possibilities. New set additions and equipment has updated some of the classes’ aspects.

He says the best part of teaching Communications is establishing “confidence in technology and confidence in people”.

Never afraid to venture out and craft new ideas, he is also mixing up some of the Foundations of Technology curriculum. He’s friendly and warm and always likes to have fun. If you see him around be sure to say hello!