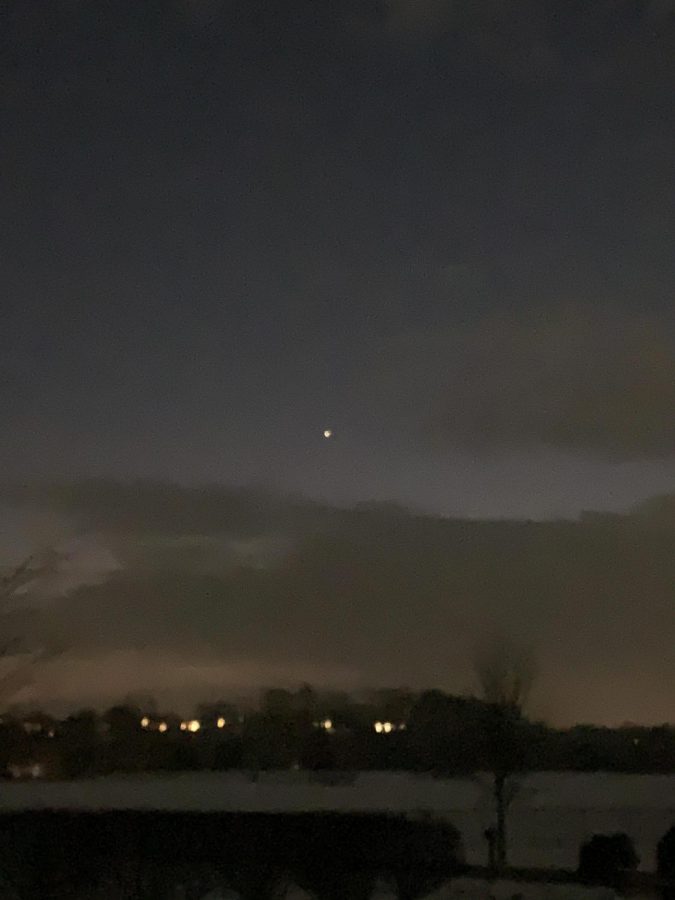 A photo of the Christmas Star taken by the Oakdale Post’s very own Mrs. Isacco!

This past December, a rare celestial event occurred in the already notable year, 2020. The Christmas Star will be the closest conjunction visible of Jupiter and Saturn in the last 800 years; it last occurred in 1226. This conjunction of the two planetary giants will create a beam resembling one large star most easily seen during the winter solstice on December 21, 2020, placed in the southwest sky.

This conjunction was connected to the story of Jesus’s birth by Johannes Kepler in the 17th century when he was exploring the night sky as an interested astronomer. In Christianity, the conjunction is an event similar to the celestial event known as The Star of Bethlehem that occurred to lead the Three Kings or Wise Men to visit Jesus in 7 BCE.

Ally Garnes was incredibly hopeful for the event because for those who believe in astrology: “It represents hope and a shift in the celestial calendars. After the year that we had, I was looking forward to this junction because of the spiritual significance it holds.”

Many people went out on the cold night between dusk and early dawn to view this likely once in a lifetime phenomenon. It was visible with the naked eye but even more so with a telescope or binoculars. Some mentioned having issues viewing the star as the night went on because of the numerous clouds in the sky that competed with the lights coming from the two planets.

Senior Lucas Shortridge was able to spot the Christmas Star in the sky upon sunset on December 21. He described what he saw as what “resembled a star even though it was two planets; it was bright, but the sky made it hard to see that night.”

Although it had been a long 800 years since the Christmas Star last appeared; astronomers predict an early visit from the star in 2080. This means the young people of now may have a second shot at viewing the plant junction that was covered by clouds. Even though the star was hardly visible for some, many still see this occasion as a symbol of hope and prosperity to take us into the new year and beyond.