The FBI Vs. Apple 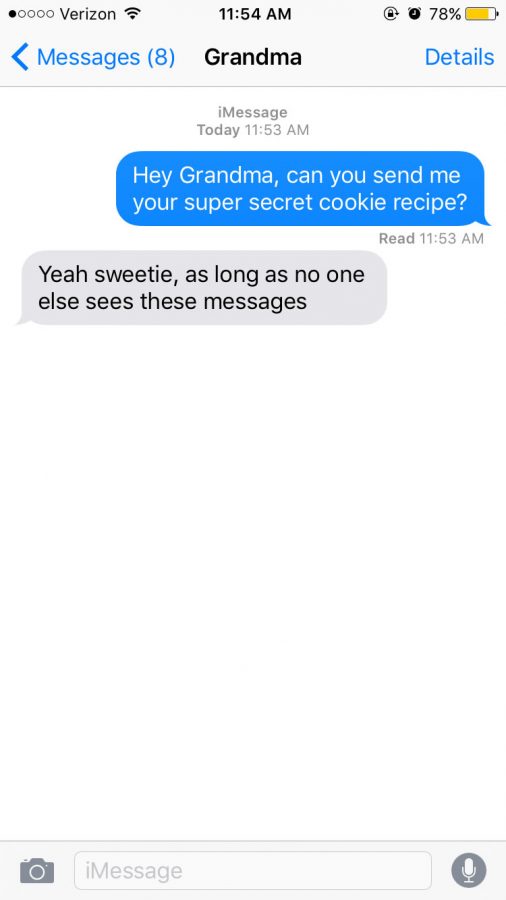 Personally, I would like to maintain faith in the idea that there isn’t an FBI agent sitting at his desk, munching on a Krispy Kreme doughnut, reading through my texts with my Grandma. If the FBI beats out Apple Inc. in court, Grandma’s secret cookie recipe could be compromised.

“I understand where Apple’s coming from, trying to protect people’s private information, but when it comes to National Security it’s different. I have to side with FBI,” argued Oakdale High Senior Brandt Anzalone. The FBI isn’t directly asking for everyone’s four-digit passcodes; in fact, they’re only asking for one. Syed Rizwan Farook, a terrorist who killed fourteen people in San Bernadino, California, happened to own an IPhone – an IPhone with a passcode. The FBI feels that access to this phone’s contents could provide them with important information; therefore, Apple should create a loophole in their security system.

“I side with Apple because there’s things on my phone I don’t want the Government to see,” stated Oakdale High Senior Seth Fischer. Unfortunately, Apple can’t just unlock one phone. If the company were to create a system to unlock an IPhone, it would be possible to unlock any other IPhone in existence. Apple feels that, as law-abiding citizens, the general public shouldn’t have to worry about their personal information being searched through. If a customer places a passcode on an Apple product, they are trusting that the product’s contents can only be viewed by entering that specific passcode.For now, Apple is standing their ground and our phones remain secure. It’s unclear now who will win this battle; both sides have presented logical cases. Who knows; maybe President Obama will be chowing down on my Grandma’s cookies by next week?