The Guardians Return in Vol. 2 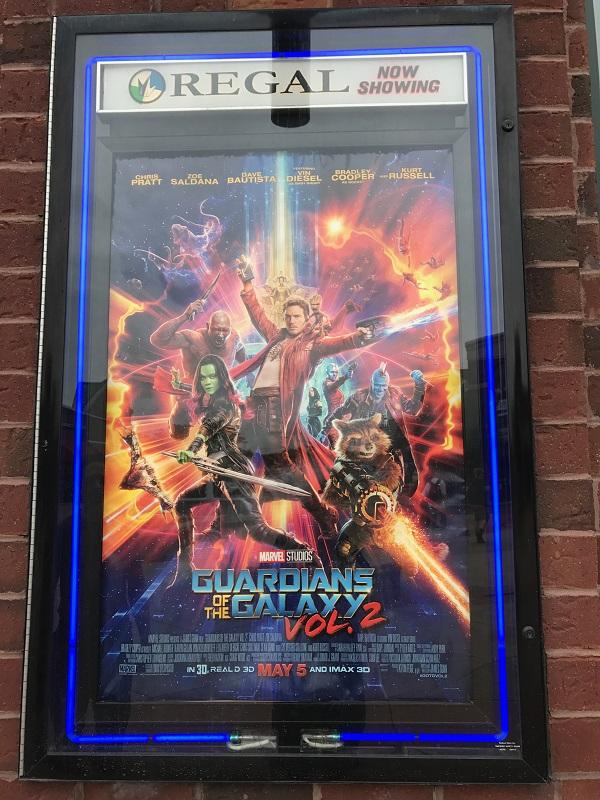 The original team is back: Peter Quill (Chris Pratt), Gamora (Zoe Saldana), Drax the Destroyer (Dave Bautista), Baby Groot (Vin Diesel), and Rocket Racoon (Bradley Cooper). Along with the Guardians, there are a few other familiar faces as well, including Nebula (Karen Gillian) and Yondu (Michael Rooker).

As the film starts, the Guardians have been hired by Ayesha of the Sovereign Race to defend valuable batteries from an attack by monster. Their Payment? Possession of Gamora’s sister, Nebula, who was caught trying to steal the batteries earlier. But when Rocket steals a few of the batteries himself, Ayesha will do anything to get revenge. Peter also finds out more about his mysterious true parentage and is forced to choose between extraordinary power and his true family.

One of the things that made the original Guardians of the Galaxy so unique and fun was its soundtrack- the film was set to one of Peter Quill’s mixtapes (“Awesome Mix Vol. 1”), a playlist of upbeat ‘60’s and ‘70’s songs. Vol. 2 continued this trend with “Awesome Mix Vol. 2”, a soundtrack of similar tunes. The sequel also has the same kind of humor as the original, and plenty of it, which fans of the original will likely appreciate.

Freshman Mandy Schulien saw the movie and loved it, saying, “It was just all in all funny.” She adds,  “Drax had a lot of dry humor, which was stupid but hilarious anyway.”

At first the plot could have been a little more engaging, but as the film progresses, it becomes clear that something isn’t right. The sense of mystery keeps viewers interested. The movie isn’t entirely humor and action, either. It goes deeper into the characters themselves, even giving much-needed background on the hostile relationship of Gamora and Nebula and Peter’s relationship with his father.

As far as faults go, the battle scenes were very long and drawn-out. The final battle scene, especially, seemed to go on and on and could have been considerably shorter.

“The ending of the second one definitely played out well,” Schulien says, “The only complaint that I have is that the ending lasted [a long time]… it was a bit too long for my liking.”

But did Vol. 2 live up to the original?

“I thought it was a little bit better than the original,” said freshman, Connor Moles.

Schulien disagrees: “The first one was amazing, and nothing’s gonna live up to that.”  However, she says, “Although the first one was definitely better because it was the original, the second one was a really great sequel to that.”

Marvel has a third Guardians of the Galaxy film planned to come out in the future (most likely in 2020), so Vol. 2 isn’t the end of the story. As of now, it’s too early on to know much about what Vol. 3 will entail, but post-credit scenes from Vol. 2 set the stage for another sequel.