‘The Hate U Give’ Hits Theaters 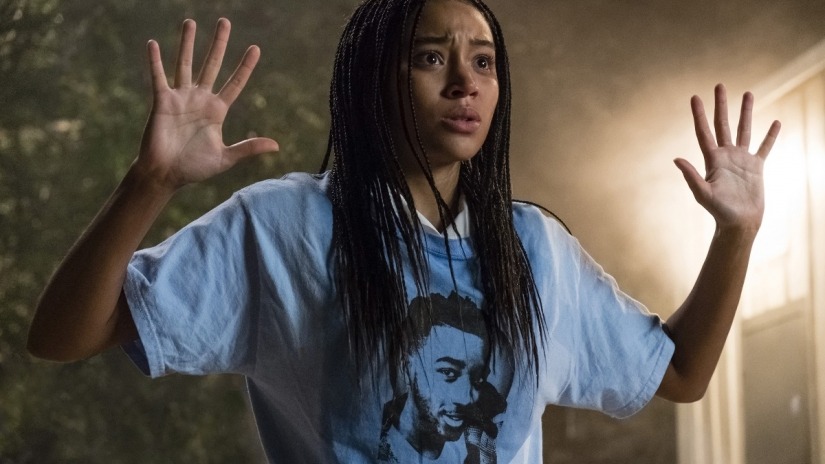 The Hate U Give, directed by George Tillman Jr., was released on Friday, October 5th.

Based on the young adult novel by Angie Thomas, the film was highly anticipated by fans of the book, as well as newcomers. It managed to heavily dominate the box office and receive rave reviews from critics. Despite being shown in limited theaters,  viewing was further expanded by Fox to 2,300 theaters nationwide. Overall, it earned a superb $7.5 million in it’s wide release debut weekend. An impressive amount, with more to come in further showings.

A teenage girl named Starr, played by actress, Amandla Stenberg, is the center of the story. Her character is growing up in an impoverished neighborhood, but attends a suburban school. This dynamic showcases her different social circles, following the lives of different races in each setting. This element shows how each community functions socially and also the struggles of impoverished African Americans.

The story begin when, while driving in her neighborhood, a white police officer fatally shoots Starr’s innocent friend during a routine traffic stop. To defend his honor after death and bring attention to the racial discrimination displayed by the officer, both of her worlds must collide. With help from friends, family, and the community she attempts to start a local revolution.

Police brutality, as a current delicate subject matter, could be seen from many different perspectives. Breanna Malle, a viewer interviewed by the Oakdale Post, explained that she thinks the film portrayed it well: “Certain moments shined lights on the truth behind police brutality from every perspective, not just the cop, not just the victim, but both, along with outsiders point of views. We see how it affects their community.”

She expressed her gratitude that “it brought attention to topics that people tend to tiptoe around and avoid.”.

Joy Campbell, a sophomore at Oakdale, praised Stenberg’s performance: “ [she] did a really great job. Her acting felt really emotional, but she still portrayed a normal teenager well. I think her performance made the movie as good as it was.” Malle expressed a similar sentiment, saying that she believed each actor was well cast and felt very authentic.

Overall, Malle was a fan of the movie. She cheered, “It was overall an amazing movie. It uses insane metaphors to show the importance of using your voice, your voice is the only weapon your born with and it highlights that. It is definitely a groundbreaking modern movie that needed to be made and needs to be seen to educate people, especially youth.”

However, she does have critiques on some stances, “There is a lot of Nike advertisements hidden in the movie. This is no surprise due to the stance Nike has taken on recent issues, it is somewhat distracting in some scenes. But it’s not a huge issue, as it’s not [directly mentioned].”

The Hate U Give will undoubtedly secure it’s place into the box office in weeks to come, and perhaps even earn critical recognition farther on. For audiences, it provides a new perspective on a prevalent issue and invites them to voice their opinion on it. To watch the trailer, you can visit this link:  https://www.youtube.com/watch?v=3MM8OkVT0h