The Science Behind the Songs Stuck in Your Head 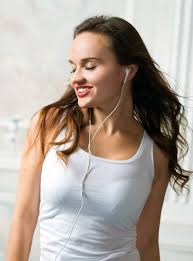 Earworms, or catchy songs that get stuck in your head, are a part of many people’s everyday life. Scientists have done countless studies on where they come from and what songs are most commonly “stuck” in our heads. Most earworms are songs that are popular, repetitive, and have irregular tempos and sections.

If you have ever had a song stuck in your head, you are not alone. “Earworms are an extremely common phenomenon and an example of spontaneous cognition,” Kelly Jakubowski, the author of a study on earworms, explained to CBS News. Nine in ten people report having an earworm at least once a week according to a study.. It isn’t uncommon to have multiple earworms in a day. Many people are curious as to why these songs get stuck in our heads.

After doing many studies, the Journal Psychology of Music discovered that songs that are familiar are more likely to get stuck in the head. Familiar music “sticks” in our brains in our brains and seems to play on an endless loop. The most common type of music usually has a faster tempo and consists of unusual melodies or longer notes.

Marina Jensen, a tenth grader at Oakdale High School, revealed that the songs that most get stuck in her head are ”songs from musicals.”

These things combined cause that song to pop into our heads most often when people are doing something routine such as cleaning or running.

Research shows that people who listen to music constantly are more likely to have earworms. Someone who is prone to worrying may get earworms more often than a person who does not worry as much. Earworms cause a large amount of activity in the part of the brain that controls movement. Many people picture themselves dancing or jumping. Elizabeth Margulis, a scientist, concluded that “People are often imaginatively participating even while they’re sitting still.”

About one-third of the people who reported having earworms claimed they were annoying or distracting. The harder a person tries to get the song unstuck, the longer it usually stays.

Earworms are a common occurrence and happen daily for most people. They are familiar, sometimes annoying songs that play on repeat until we forget them. Everyone has their own way of stopping the song from playing on repeat in their head. While we understand many things about earworms, there is still a fascinating amount of information, such as how the brain causes the songs to replay without actually thinking of the song, that we don’t know.