What a Supreme Court Case Could Mean for the NFL 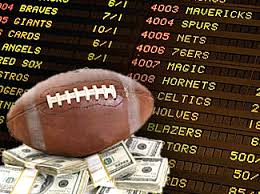 On December 4th, the Supreme Court heard an argument for and against the legalization of sports gambling in New Jersey. New Jersey is the only state involved in this case, but many other states are ready to follow in their footsteps if a favorable ruling occurs. The Supreme Court case originally started 5 years ago when New Jersey Governor Chris Christie signed a law authorizing sports betting at casinos and racetracks in New Jersey. Professional and college sports leagues have successfully worked to block this law, fearing it would lose some of the games’ “integrity” with a succession of court rulings. With one last hope, New Jersey has brought their case to the Supreme Court. The issue in front of the court is whether the federal statute passed in 2012, the PASPA (Professional and Amatuer Sports Protection Act), prohibits states from repealing their own state law, in this case, regarding sports gambling.

It’s no secret NFL ratings have seen a small but significant drop over the last two years. Dissenters credit this to players kneeling for the anthem; likelier causes include oversaturation of football in the marketplace, low cable viewership with the rise of Netflix and Amazon, and a dislike for the revelations of how damaging the sport can be on a person’s body.

The NFL is suffering from an image problem: their players can’t stay out of trouble, retired stars are suffering from CTE, saying they wished they never played football, and lots of America looks at current players as ungrateful and un-American for their role in the anthem protests. The NFL needs a pick-me-up to continue their decades-long dominance of American sports. That very pick-me-up can come with a Supreme Court ruling in favor of New Jersey, which would repeal or partially repeal PASPA, opening up an opportunity to sign a new law permitting sports betting in casinos and racetracks within the state, and soon, other states to follow.

Every year, thousands of football fans tune in to games that have no consequence to their favorite team’s standing, rooting for and against specific players rather than teams. This activity is fantasy football, people playing a silly game requiring little actual knowledge of football with one end goal of making money. If money’s on the line, more people will watch. If betting on NFL games were legal, countless gamblers would tune in. Additionally, if sports betting were legal across more states, a lot more than just the average gambler would place bets, making them more likely to watch whichever game they betted on. Sports gambling is a sure-fire way to drive up viewership.

Ted Leonsis,owner of the Washington Capitals and Wizards, and proponent of sports betting, recently told ESPN Radio: “To me, [legalized gambling] is the only thing that will save the NFL.”

Leonsis envisions a future where game announcers will call games to the benefit of gamblers. The example he gave to ESPN Radio was simply put: instead of “Hey it’s 3rd and 9, Sonny, what do you think he’s gonna do?” you’ll hear “3rd and 9, when the weather is 60 degrees outside and the team is on this yard line, here’s what teams have done statistically.” So that you have access to “real-time data and you can make an informed opinion, and in this case a bet.”

Kyle McDonald, a collegiate athlete and Oakdale alumnus, believes the legalization of sports gambling in more states could cause a negative ripple effect on the professional and college sports landscape. He stated: “To me, the more you legalize sports gambling, the more you invite corruption. I mean if we allow people to bet on college sports, which is what this is going to do, then how can we still call that an amatuer sport, making money off players that don’t see a dime…And how many Pete Rose’s is this going to make? We can’t have players betting on their own games.” McDonald was referring to when Pete Rose, baseball’s all-time hit-king, admitted to placing bets on his own team during his playing days. As a result, he’s been banned from Major League Baseball for life.

On the other hand, Jake Krempa, a senior at Oakdale High School and a lifelong sports fan, wants gambling legalized in as many states that want it to bring up ratings and add more money in all facets: “Well, first, sports gambling would bring a lot of money to casinos which the state taxes, so eventually it’s getting into the hands of the state. Also, every sports viewership would skyrocket. I also think the legalization would help the new Las Vegas hockey team get off the ground.”

The solution for the NFL’s rating problem lies in the hands of the Supreme Court. With a favorable ruling, countless opportunities are opened for sports leagues and casinos alike. People follow the money, and if people can make money off a football game, you can bet they’ll watch.