You Season 3: A Review 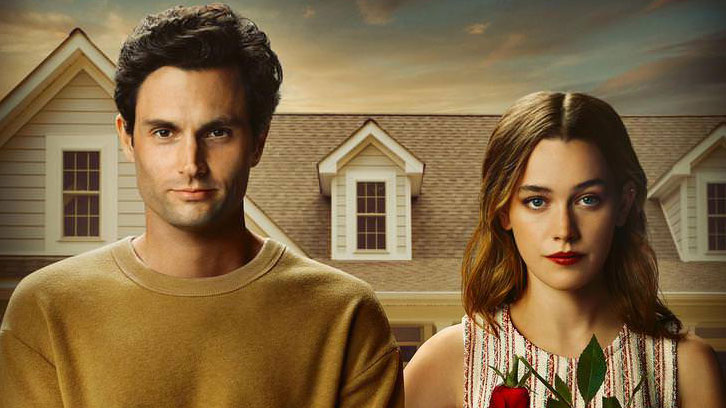 Joe and Love outside of their home in Madre Linda.

Netflix’s original series, “You,” released its third season on October 15, 2021 and surrounds your typical white suburban couple with a dark secret. This show is full of twists and turns and viewers are in for a wild ride.

After moving to the suburbs of California in a town called Madre Linda, Joe, his wife Love, and their newborn baby boy Henry, settle down next to their neighbors, the Engler family. Joe soon becomes hotly obsessed with Natalie, which makes Love extremely jealous. One night, she witnesses Joe flirting with Natalie and promptly decides to murder her, beginning her shift towards becoming a serial killer. Freshman Trinity Swire shared her thoughts on Love having the first kill this season; “Having the first kill was nice for the story because you could actually see how she reacts and kills her way.”

This season has some very important commentary in the episode “Missing White Woman Syndrome.” This episode follows the aftermath of the murder of Natalie Engler, while Love and Joe know what really happened, the rest of Madre Linda remains clueless and puts on a search in hope to find the ‘missing’ woman alive. The two panic as the rest of the town searches for her, as the couple come up with a plan to frame her husband Matthew Engler.

The plan to frame Matthew Engler goes south quickly when Joe is caught in his house, and after having a discussion with Matthew, Joe comes to a conclusion not to frame an innocent man stating, “I’d be killing a mockingbird.”

Throughout these episodes, Joe develops a new obsession with his co-worker Marrianne. As he gets more and more infatuated with Marrianne, Love begins to fall for Natalie’s son Theo Engler. The two keep this from each other but they both have their suspicions of one another. While Love tries to stop this affair, Joe’s obsession grows stronger.

The next episodes are packed with action and secrets. This season of “You” comes to a close after 10 episodes, the final episode being titled “What Is Love?”

Swire also added her thoughts about how this season wrapped up: “I enjoyed it so much!  It was such a different vibe from the previous seasons and had so much drama. There wasn’t just one killer anymore, there were two which added so much to it. They also were in a totally different area making for new characters and new stories for those characters.”

“You” is already confirmed for season 4, it was announced very quickly after season 3 premiered on netflix so now’s the time to catch up ! If you’re thinking of watching YOU, hear what Cassiel Burghouts has to say: “I would consider watching the show, maybe even if it’s just the first episode.”