An Evening Of Jazz 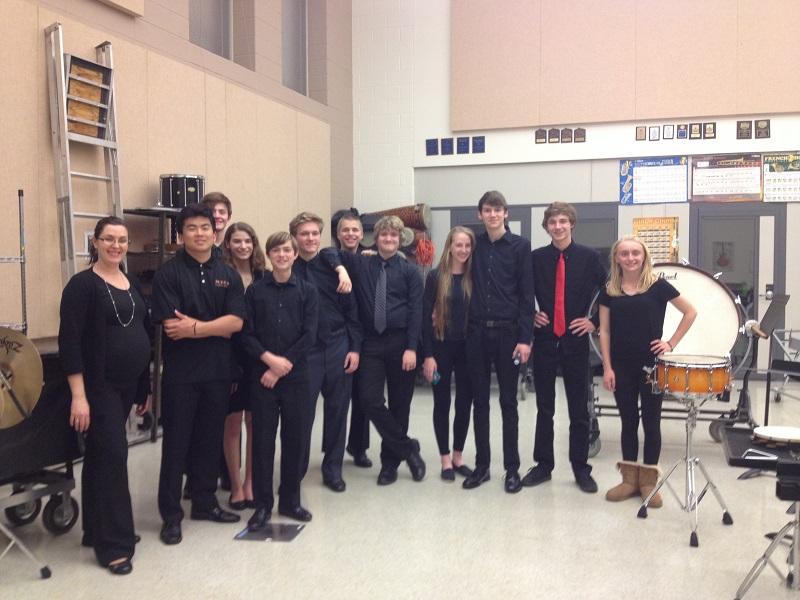 The Jazz band collected in the band room after a great concert.

The Jazz Band performed in the auditorium on April 11th in a celebration of Jazz Appreciation Month. At the event were 14 great performers, with Sophomore Nick Brennan sitting in on bass guitar. The band played two combos along with five sets in total, making the night full of different music and styles of the genre.

Sophomore Paul Oddo plays first trombone in Jazz Band and was in one of the combo pieces alongside tenor saxophone player, Senior Justin Friday and baritone saxophone player, Freshman Colby Bragg. “My favorite songs were ‘I Love Lucy’ and ‘Don’t mean a Thing’,” said Oddo, who is from New Orleans and finds the genre “fun.”

The program included various types of jazz, from swing chart “It Don’t Mean A Thing” by Duke Ellington to a funk arrangement of the “I Love Lucy” theme song. Junior Julia Almeida sang the latin-influenced song “The Girl From Ipanema” by Vinicius de Morales and Norman Gimbel in its original Portuguese. She also featured on vocals in “Stormy Weather” by Billie Holiday.

Previously, Jazz Band has only been offered at Oakdale as an after-school ensemble. This is the first year it has been offered as a full class (fifth block with Mrs. Hill). “It’s really different than any other ensemble we do,” says director Mrs. Emily Hill. A typical jazz band consists of no more than twenty musicians, with only one or two people on each instrument rather than full sections. The style of music is different, with jazz rhythms often being complex.

Overall, the showing was a resounding success. Mrs. Hill’s thoughts on the band were, “[the band played really well], especially for the first time as a class.” The Jazz Band will perform again this year in May in a concert that will also feature the Concert Band and Concert Choir. Be sure to make your way to the auditorium for another Evening of Jazz.