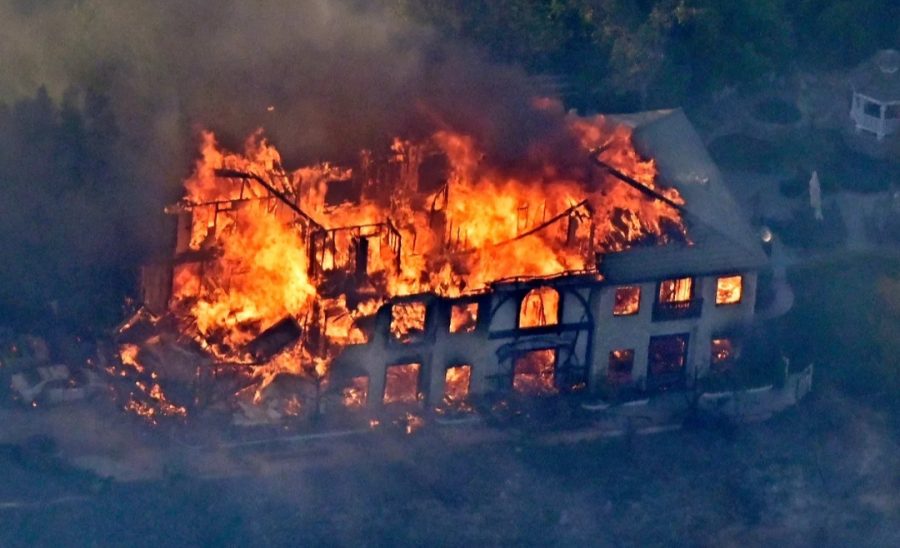 Recently, the California wildfires have been dominating the news. A campfire was the cause of the spreading fires. The fire has burned 130,000 acres of California’s land, and it continues to grow. Many lives have been lost and the death toll continues to rise. People have lost their homes and belongings, and those both affected and unaffected move to stay safe.

”I think it is of big loss for California, and it is very dangerous. I feel that it has affected the people negatively and people might stop living there because of it,” explained Sophomore Bryen Beer.

Beer explained his concern about the people’s well-being and about the land that the fire is destroying. He also talked about how he constantly hears about wildfires that are happening within California.

Ms. Trish Stockman is Oakdale’s digital photography and computer graphics teacher. She expresses her concerns for California as a state and how the fires will impact the people’s lives who live in California.

”I think it’s concerning for the atmosphere and what’s going on with the environment and what is happening with the weather. Aside from losing houses, and the land, and the trees, I’m sure it’s going to have a huge financial impact [on the state],” commented Stockman.

”I think California needs a giant fire extinguisher. [The fire is] killing people and it’s giving [the atmosphere] problems because of the smoke and ash that’s in the air,” described sophomore Rose Bingham.

Bingham made a comment about how she was concerned about the smoke and how people will be breathing it in. She talked about the health problems that could arise from this fire.

This fire has moved rapidly throughout California. Paradise, California has been completely destroyed by the flames. The fire drove 30,000 people out of the town in order to find safety and move from out of the fires path. This fire is recorded to be the most deadly fire the state has ever had.

300,000 people have been told to evacuate the area. The majority of these people were residents in Southern California.

People are being encouraged to evacuate if possible. Firefighters are coming in from all over in order to try and contain the flames. For more information on these fires, click the links in the sources below.