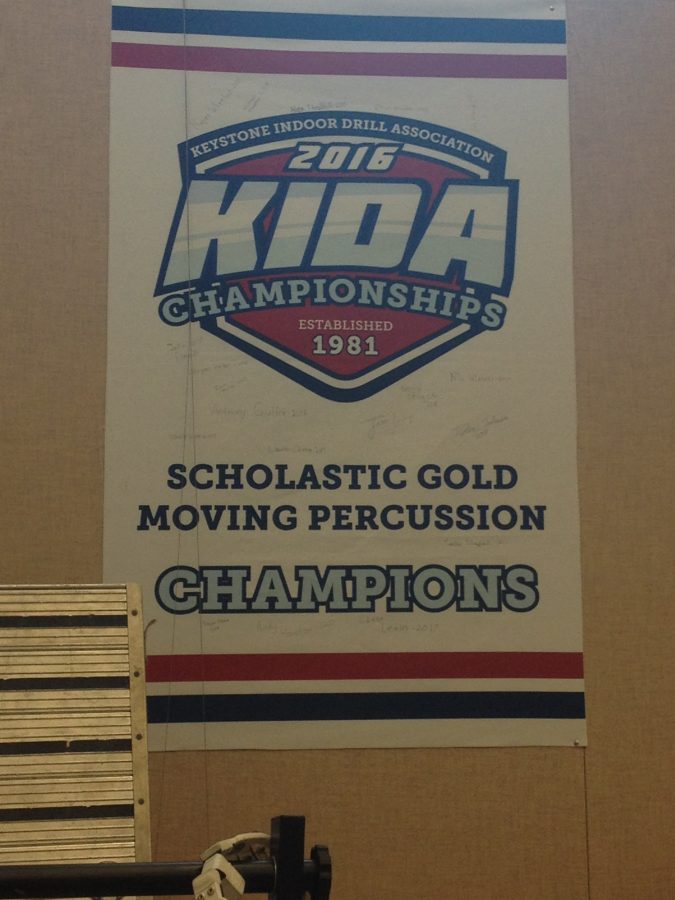 Marching season is over, but indoor season has just begun. Oakdale’s Indoor Guard and Percussion will compete for the first time this season on February 25th.

These two groups both compete in the Keystone Indoor Drill Association (or KIDA) circuit, in which groups can compete in Percussion, Color Guard, Majorettes, and Dance Teams. On the 25th, Oakdale will compete at Waynesboro High School in Waynesboro, PA. Freshman Hayden Davis, who plays auxiliary percussion says he is nervous, but that he “still feels like we’ll do really good.”

Oakdale’s Indoor Guard and Indoor Percussion perform different shows and compete separately. There are 30 students in Percussion and 14 in Guard. This season’s Percussion show, “You Say I’m a Dreamer”, features parts of “Pure Imagination” from Willy Wonka and the Chocolate Factory, and is based on what happens in people’s dreams. The show takes place while the character, played by Ketsia Jensen, is sleeping. Band Director Mrs. Emily Hill, who has run Oakdale’s Indoor program for four years out of the six it has existed, says that the music is fun, and that the show is different from the things Indoor Percussion has done in the past.

Indoor Guard’s show is called “Small”, and is set to a song by Amanda Falk by the same name. It centers around the innocence of being young and small. “As you grow up, you have more responsibilities,” Mrs. Hill says, “This is kind of a look back on when you had no responsibilities.”