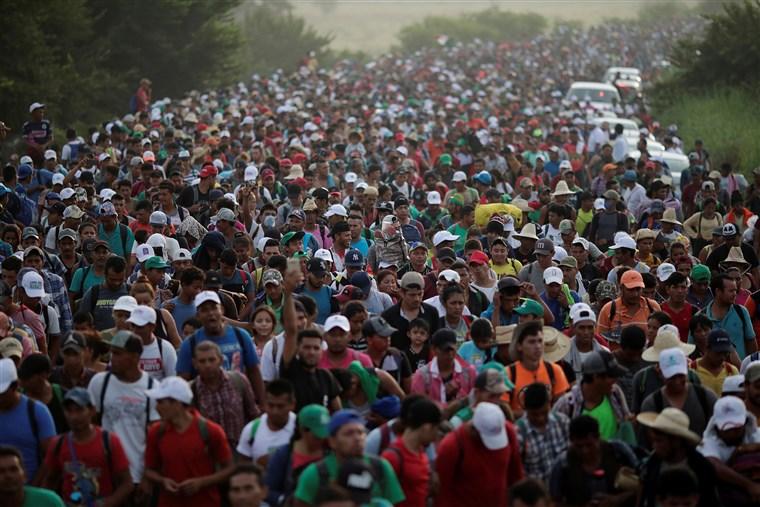 Whether or not the migrants and the caravan should be allowed into the United States is a controversial topic between people. The migrant caravan is a group of people trying to come into the US for safety and to seek asylum. The majority of the people who are a part of the caravan are from Honduras, El Salvador, and Guatemala. These people have come from these countries to get away from gangs and violence.

“No, I don’t really know who is a part of the caravan. They are probably very angry at the United States President for not letting them into the country. I think the US should let them in because they are fleeing from violence and they are refugees. They are trying to escape the violence happening in their countries.” stated Jesse Bingham.

Bingham is a freshman at Oakdale who doesn’t know much about the caravan; many people are not informed about what has happened these past couple of weeks. He believes that the migrants should be able to come into the US because of their circumstances.

“I don’t care. I don’t think they should be allowed into the country. They can wait in line like everyone else [to get into the US]…they’re not special,” commented James Miller.

Miller expressed how he feels about the people from the caravan trying to cross illegally. He believes they should wait and be processed into the country like everyone else trying to immigrate into the country.

When the US president, Donald Trump, heard about the caravan he decided to increase border patrols and to put barbed wire to deter the migrants from trying to cross into the country. The migrants started to throw rocks at agents that were apart of the border patrol.

Migrants were trying to come across and breach the border from many different sides. Trump allowed the use of tear gas and pepper balls to break up the crowd. He defended the use of tear gas by saying it was a mild form  of gas and that people who want to get into the country are only coming in legally. Many kids fainted because of the tear gas. People far away from the site were also feeling the burning effects of the gas.

There is currently an agreement that is pending between the US and the Mexican government. This agreement would make asylum seekers stay in Mexico until the US processes their claims. The Migrants are eager to get into the US but getting in legally will take a long time.

The Defense Department put in a request to lengthen the time that the active troops have to stay on border patrol. If the request is approved the troops would be patrolling until January 31st of 2019.

The border patrols are making sure the border cannot be crossed except through official ports of entry. The agents are determined to control the migrant caravan and prevent anyone from entering the US illegally.