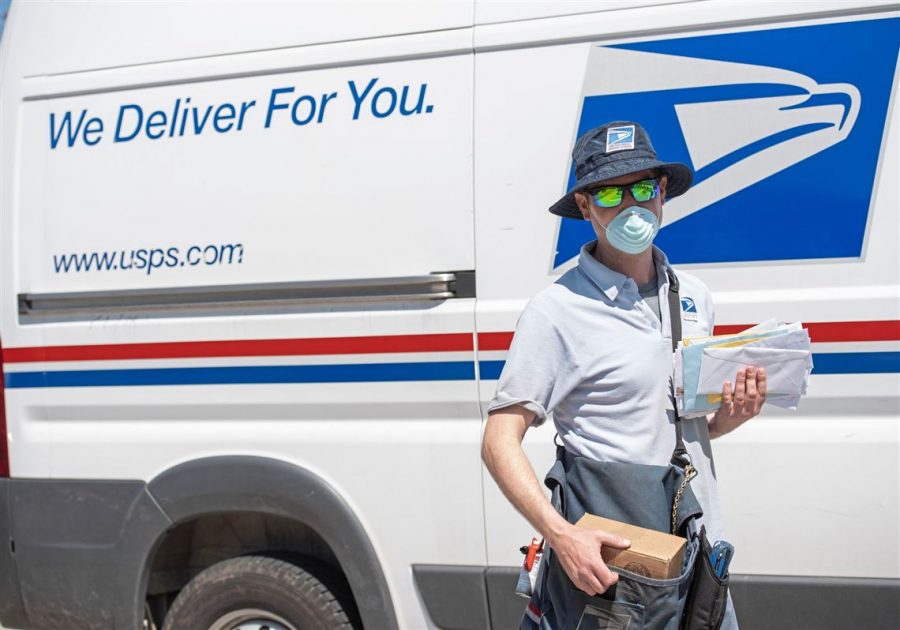 A postal worker in front of his work truck.

The postal service is a non profit organisation that does not receive help from taxes, but  are left to survive off of selling stamps and package deliveries. USPS serves the United States and has to be able to reach every house in the United States. Even to this day there is a small town in the Grand Canyon that receives its mail by mule.

During COVID everything was already slowed down to a minimum due to all guidelines and rules there are to follow. The postal service is not just a small business that can stop working and take a break. Throughout, the postal service has been at work trying to keep up with the demand.

Most people that shop online have seen the delays during covid due to the spikes in cases.  The winter holidays have really put the postal services on the line with delays carrying from the beginning of December and going all the way to early January.

These delays have more to do with the government than an independent business because they have to follow all set prices and guidelines set by Congress. This affects the profit which could be made. The USPS has not made profit in over a decade.

Is this a solvable problem? Yes, but  it’s not that easy as workers and funding is limited. Junio Ethan Simpson added, “Yes I did know there were delays but not as large as they are. I think it can be solved with more funding for the USPS for more workers and drivers to get the vaccine for covid so they aren’t getting sick.” The delays impact everything, from the election to just a day to day projects.

For the past generation “USPS Operation Santa” was live but this year it had to be moved to online, the back ups were too much and would drastically affect the circulation of the packages. Jordyn Mitchell stated, “If there was a delay it was only for a day.”

This shows that the delays are nationwide just only in the bigger facilities such as James A. Farley Post Office, which had delays stretching over months.