The Zika Virus: All You Need to Know 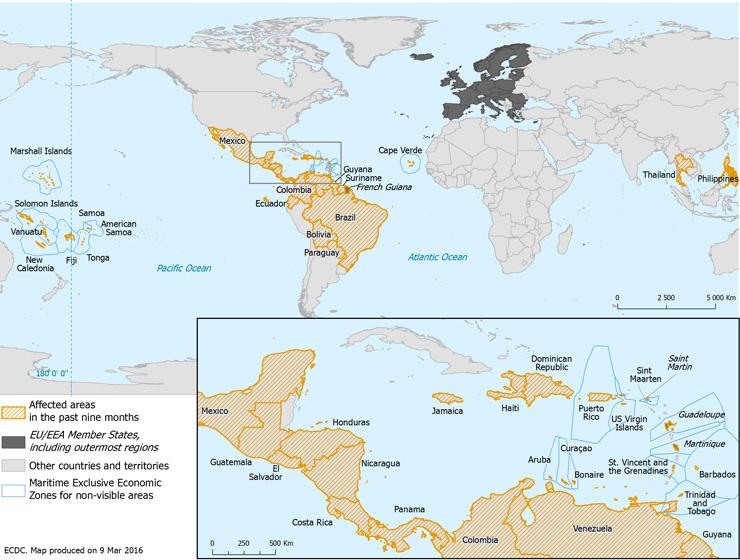 What is the origin of the Zika Virus?

The Zika virus was first discovered in 1947 by scientists of the Yellow Fever Research Institute in Uganda. At the time of its discovery it was mostly isolated to monkeys with rare human infections occurring. From the 50’s to the 80’s the Zika virus spread across equatorial Africa into countries such as the Central African Republic, Egypt, Sierra Leone, and Tanzania, eventually spreading into parts of Asia such as India, Indonesia, Malaysia, the Philippines, Thailand, and Vietnam (http://www.cdc.gov/zika/ ). Even through all of this spreading, the virus never posed serious complications as the cases were rare in each country it infected.

How Is the Zika virus transmitted?

The Zika virus is spread through the Aedes mosquito species which are found equatorially around the world. These are the same mosquitos which carry such tropical diseases as Dengue Fever, Chikungunya, and Yellow Fever.

There has been a suspected case recently of a Texas man contracting the virus sexually from a person who traveled to an infected country. More research is needed to definitely say the virus can be contracted sexually.

What are the symptoms of the Zika virus?

The common symptoms of the virus are nothing severe or life threatening: mild headaches, rash, fever, joint pains, and conjunctivitis (red, bloodshot eyes).

Where is the Zika virus now?

The virus is mainly in the Americas, though parts of Asia, and even Cape Verde, Africa, have been infected. So far, 36 countries and territories across the world have local transmission

of the virus. Meaning, the virus itself was contracted within the country, not by traveling.

How much more will it spread?

The president of the World Health Organization said in a statement that the virus was “spreading explosively” and within 12 months there could be up to 4 million people infected worldwide (www.cnn.com).

Though the figure is said by many to be high, the models used to predict the Zika virus spread are related to those used for dengue fever and other tropical diseases, which have very similar infection rates.

Twenty-two of the 36 countries and territories infected by the Zika virus have shown increasing or widespread transmission (http://ecdc.europa.eu).

Perhaps the most evident foretelling of the spread is the territory of the mosquitos which carry the virus:

Why should we worry about the virus?

Brazil recently had a drastic rise in children born with microcephaly (Children who are born with smaller or underdeveloped heads and brains). As Brazilian officials researched the microcephaly cases, a strong correlation developed between microcephaly and the Zika virus as all the women who gave birth to children with Microcephaly lived or had previously been to an area infected with the Zika virus.

Further research on the correlation showed that a similar outbreak of Zika which occurred in french Polynesia also coincided with a sharp increase in cases of microcephaly.

Perhaps the strongest evidence of the correlation came recently as the Center for Disease Control (CDC) (ecdc.europa.eu) confirmed that there was Zika virus prevalent in the tissues of two babies that died as a result of their microcephaly. Though he said more tests needed to be done, the director of the CDC, Tom Frieden, said this about the findings, “This is the strongest evidence to date that Zika is the cause of microcephaly” (www.usatoday.com).

Whether or not the Zika virus is the cause of so many recent cases of microcephaly, the CDC is warning pregnant women not to travel to the areas of infection. Until the correlation can be proved, it is best to practice caution.