Will Kaepernick play in the NFL Again? 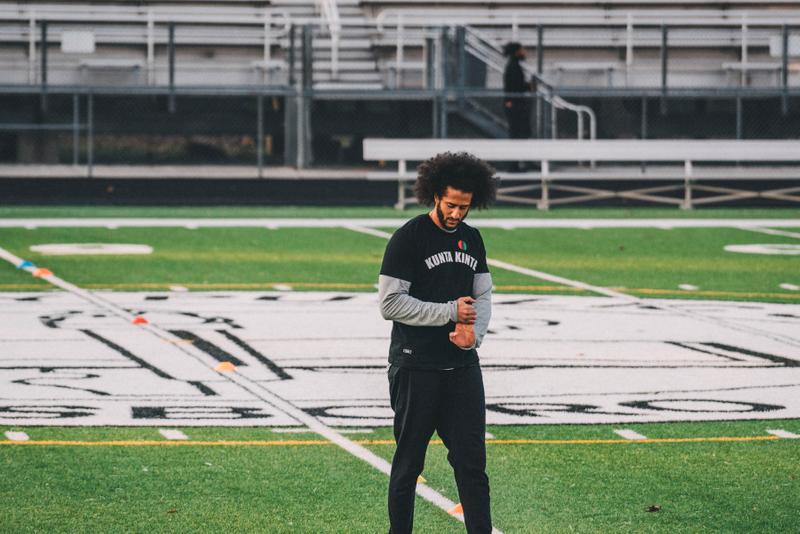 Colin Kaepernick celebrates during his workout.

On Saturday, November 16, 2019, Colin Kaepernick worked out in front of 8 NFL teams: The Eagles, Chiefs, Jets, Redskins, 49ers, Lions, and the Titans. Kaepernick is now hopeful he has a chance to become an NFL quarterback again.

Kaepernick was the starting quarterback for the San Francisco 49ers from 2012-2016. He took over for Alex Smith after Smith suffered a concussion. In 2012 he took the 49ers to the Super Bowl, ultimately losing to the Ravens. Then in 2016, Kaepernick began kneeling for the National Anthem, and many other players from other teams began to join him. He began to kneel in order to protest police brutality. This caused drama in the league and led to others in the league to sit on the bench during the anthem.

Kaepernick was later cut by the 49ers in 2017 due to his actions on and off the field. For three years after this he  complained that he shouldn’t have been cut. He filed a lawsuit against the NFL because he believed the teams colluded together to not sign him. He secured a deal with Nike but still not playing a game. Recently, the NFL gave him a chance to prove he should be on a team so he had a workout in front of multiple teams.

Kaepernick was scheduled to work out in front of 25 teams at the Mercedes Benz Stadium in Atlanta, Georgia. However, one hour before the workout started, he changed the location to Drew High School because the media wasn’t allowed to be at the original stadium.

The NFL had set up this workout in the middle of the season, which they do not normally do. They allowed Nike to shoot a commercial; this is also not common. They even allowed him to get the film of the workout after.

After his workout, Kaepernick addressed the media saying, “The ball is in their court, I showed them I’m ready.”

Stephen A. Smith, a reporter for ESPN, exclaimed his disappointment with Kaepernick, saying it was all staged and that Kaepernick didn’t inform the NFL until an hour before the workout started. Smith said, “If you want a job in the NFL, this is not how you get it.”

Brendan Stutz, a junior at Oakdale High School, exclaimed, “It’s ridiculous how everyone else was able to kneel and not get punished but he was!”

A week after his workout, no team has contacted Kaepernick, leaving many wondering if he will ever put on another NFL jersey again.