It’s Time We Make a Change 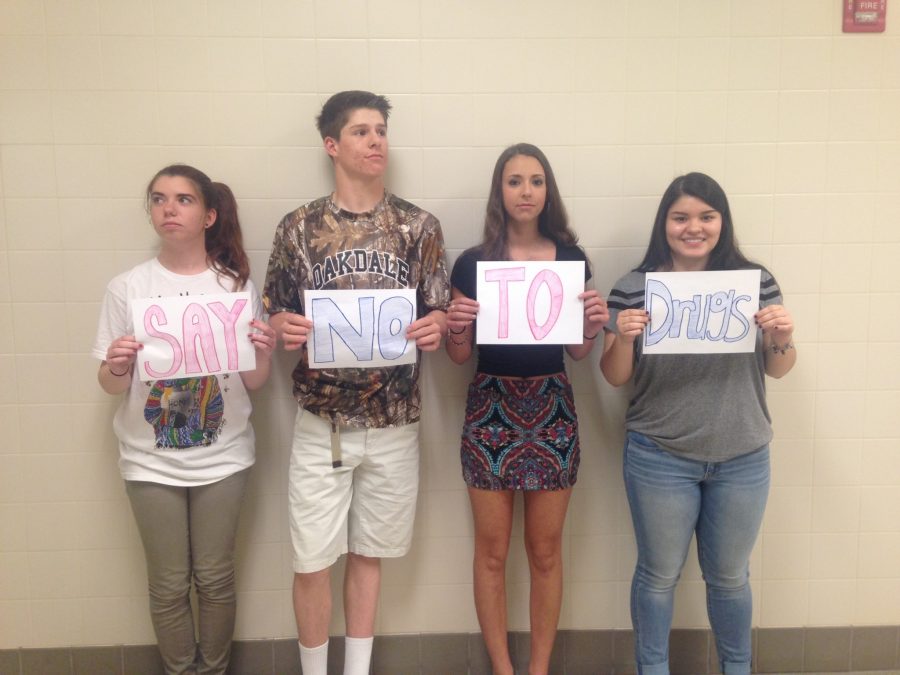 “I’ve been clean for a couple of months now,” said a recovering teen addict whose name has been asked to remain anonymous. “Drugs are terrible. I wish I never went down that path.”

Recently, Oakdale has been reminded of the increasing misuse of drugs by an incident that shall not represent our school nor all the brilliant kids in it. Ultimately, it’s time to look at the bigger picture. To all who may not be aware, teen drug abuse is not just a problem here, its a problem state-wide.

According to frederickcountymd.gov, one-third of  high school seniors reported using illicit drugs across the country, and in Maryland alone, 21.7% reported abusing prescription drugs. Is this a surprise?

“No, prescription pills are very convenient,” Junior Cameron Pitts replied. “People will try and get high off of anything these days. ”

The State of Maryland has gone to considerable lengths to educate and warn adolescents about the dangers of substance abuse. Annual conferences are held by the NASPA, and the creation of student led groups like SADD ( Students Against Destructive Decisions) have popped up in more urban areas like Baltimore. As residents of a more rural/suburban area, drug education has been notably scarce in high schools, especially Oakdale.

When asked, Officer Harold Jones agreed that more programs would be helpful, specifically before major events like prom and graduation. Annual assemblies could be quite beneficial as well; given by narcotic specialists and recovering addicts, kids would finally understand how damaging these substances can be.

Out of the 639 OHS students surveyed, 91% have taken a health course in Frederick County while 67% of OHS students also said that they personally knew someone who abuses drugs. What does this tell you about our drug education?

Before declaring Oakdale as the bad apple of the bunch, look at the facts. Adolescent substance abuse is not just a local issue, nor can it be evaded. We must bring attention to these issues, or else they won’t be fixed. Participate in the fight, stay away from drugs and encourage your peers to stay healthy too. Today’s youth are tomorrow’s lawyers, doctors, child-care providers, firefighters, and so on, It’s time we make a change.