Field Hockey Firing on All Cylinders 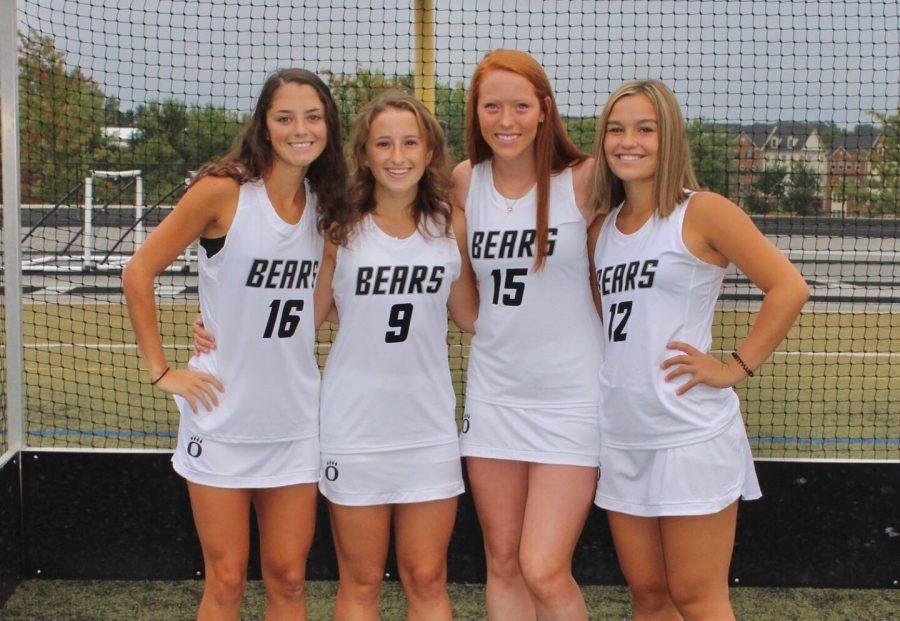 From a work in progress just a couple years ago, to legitimate contenders this year, the Oakdale field hockey team is off to their best start in recent memory. They downed four straight opponents to kick off the 2019 campaign, including rival Linganore in an OT thriller.

Despite the loss of several graduates of the 2019 class, such as Sabrina Wooster, the reigning county Defensive Player of the Year, the Bears do not lack leadership.

McGaha, who was second in the county in points last season, is especially ready for the oncoming challenge of this year. “We want to surpass the goals we set for ourselves last year, so every year we can just get better and better,” explained the Senior captain.

This year has not come without its challenges, however.

Before their second scrimmage of the season, Kate Dudley, Co-Head Coach was in a horrible car accident. This left her with a broken neck, hip, femur, ankle, wrist, arm, finger and a bruised heart along with several stitches. If it wasn’t for an EMT that happened to be behind the accident, Coach Kate may not be alive.

As can be imagined, this greatly affected the team. Instead of only feeling pity, the team decided to take this as an opportunity to come together and learn to not take anything for granted. “It made us closer as a team,” said Kiersten Hoffman, a Junior leader on the team.

Coach Kate is currently recovering, and has returned home since the accident.

Moving forward, a rapidly approaching game against the Hawks of Urbana will truly test the squad both physically and mentally. Claire Przybocki, another Senior captain knows what it takes to beat a talented team like Urbana, “It’s an effort thing; we always need to play 100% and go after every 50/50 ball,” she relayed.

If there’s one thing this group knows how to do, it’s just that. Be faster than everyone else, and the rest will take care of itself.

Looking past Urbana and the rest of the county, this is a team that had all the tools to go all the way last season, but ended up losing in the third round of the playoffs to a Liberty team who McGaha believes was, “inferior” to them last year. This year, they’re looking for vengeance.

Sam Mogar was a Sophomore last year and returns this year as an experienced three year varsity starter. She outlines field hockey in Carroll County as, “a way bigger sport than here,” but believes there’s no reason why they should expect anything less than a state championship this time around.

“Coach Kate knows were poised for a championship, and we just want to make her proud,” offered another Senior, Taylor Hardesty.