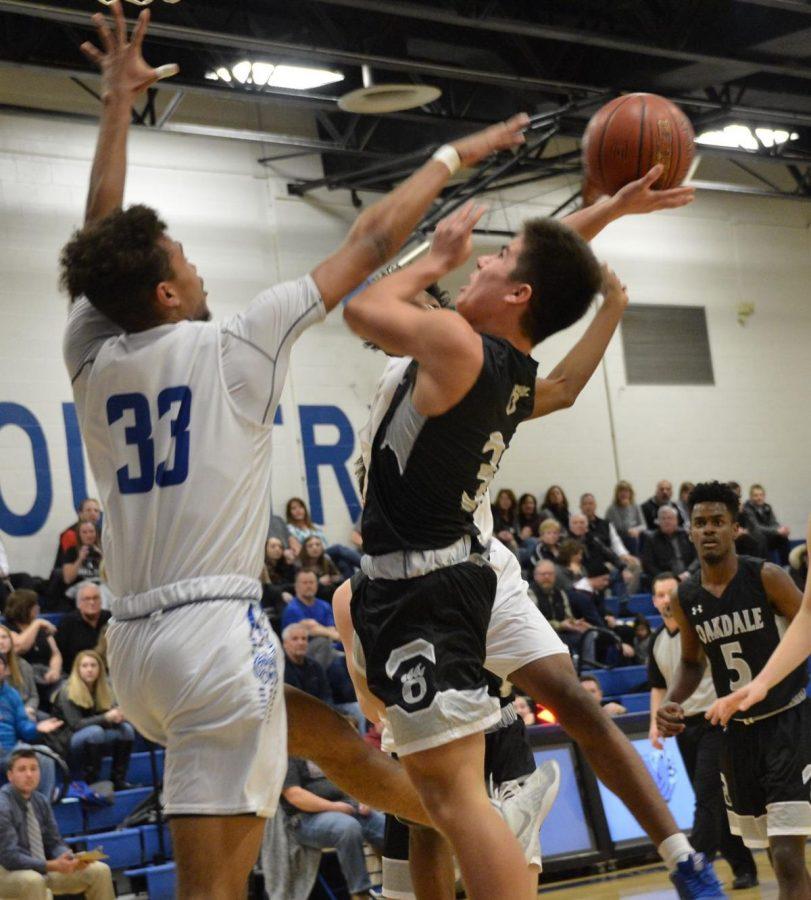 Oakdale Guard Dylan Berney fights through the defense to put up a shot.

At Oakdale High School, basketball is one of the most popular sporting events to watch, along with football. Every year, hundreds of students, parents, and fans come to support and cheer on their high school basketball team.

With a successful season last year, winning the 2A West Region and making it to the state semi-finals, the basketball team is aiming for an even better season. Their goal is to make it to the state finals and win. They started off 5-0, beating TJ, Linganore, Tuscarora, Middletown and Brunswick.

Cameron Dorner, a sophomore, speaks on how the team worked hard throughout the off-season on their personal skills, so when they all came back together it pieced together perfectly. “With some good improvements to self skill, that brings everything together for this team.”

Dorner also explained how the biggest competition this year will be against Williamsport. However, they have already played some of the tougher opponents this year, including Tuscarora.  The boys beat them in OT 68-67. The game-winning point with 3 seconds left was off a pass from Tommy Kelly to Jackson Meade.

Ethan Reifer, a senior captain on Oakdale’s basketball team, speaks on what the biggest motivator for the boys is: “We want to be the first team in Oakdale Basketball to win the state championship. There have been some great teams and players that have come through, but none have done it, so the biggest achievement would be that.”

With an exciting basketball season coming up, students and staff should always be coming out to support the team and cheering them on through a great season!