Oakdale Takes Down the Hawks 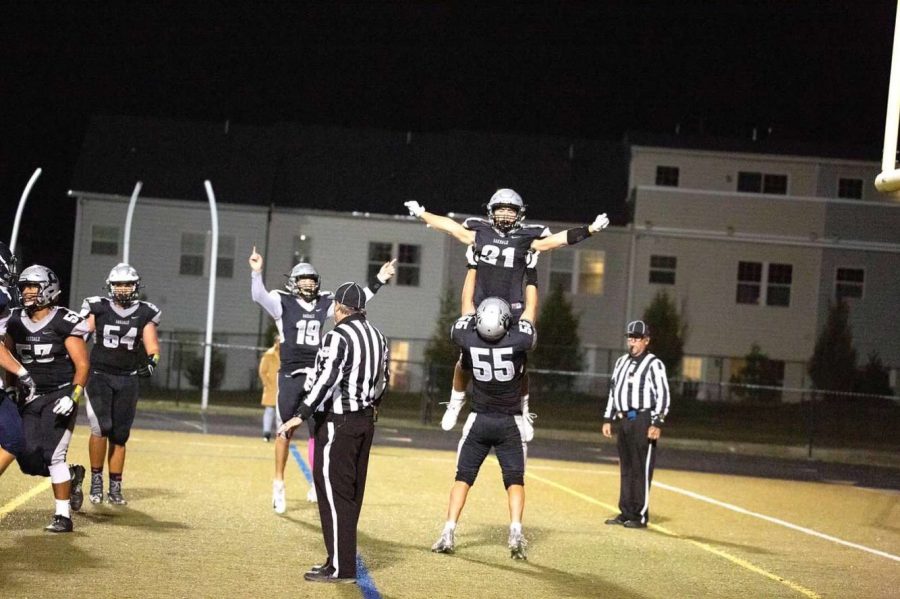 After losing three straight games to tough opponents, the Bears took on Urbana on Friday at their annual homecoming game. This was a close game, however, the Bears came out on top and defeated the Hawks with a score of 24-14.

The Bears started their season strong, winning three straight games against Wilde Lake, Frederick, and TJ. However, after that they lost 3 straight games to very tough opponents, Linganore, Elkton, and Middletown. Coming into this game, Oakdale had a record of 3-3.

Before the game, Oakdale’s Coach Stein, stated, “If we can play all three phases and not make mistakes, we will be fine.”

Urbana had a strong start to the season winning 5 of their first 6 games beating Clarksburg, Middletown, Glenelg, Tuscarora, and TJ. The Hawks only loss of the season came from Broad Run, giving them a record of 5-1 coming into this game.

The Hawks came out of the gates strong, forcing a fumble on the third play of the game and then capitalizing on that by scoring. At this point, all the momentum was going Urbanas’ way. However, the Bears turned around the momentum after Senior Ethan Reifer, one of the teams’ quarterbacks and captains, took one in for a touchdown.

The second quarter was all Oakdale; the defense didn’t give up any points, and Luke Carey scored a touchdown to give the Bears a 14-7 lead going into halftime.

However, the third quarter was the opposite, The Hawks defense held Oakdale to zero points and Urbana scored another Touchdown tying the game at 14-14.

It was the fourth quarter, Oakdale had the ball with seven minutes and a fourth down in the red zone. Zack Werner lined up the 29 yard field goal and hit it straight through the uprights giving the Bears a 17-14 lead.

All the Bears had to do was hold onto the ball and run out the clock but they were hungry for more, they wanted to prove they were a great team and they tacked on another touchdown from Dylan Bernie to give the Bears a 10 point lead. This would prove to be enough as the clock ran out and the Oakdale Bears defeated the Urbana Hawks.

Junior Michael Wheeler explained, “We worked hard in practice all week and were able to beat them because of that hard work.”