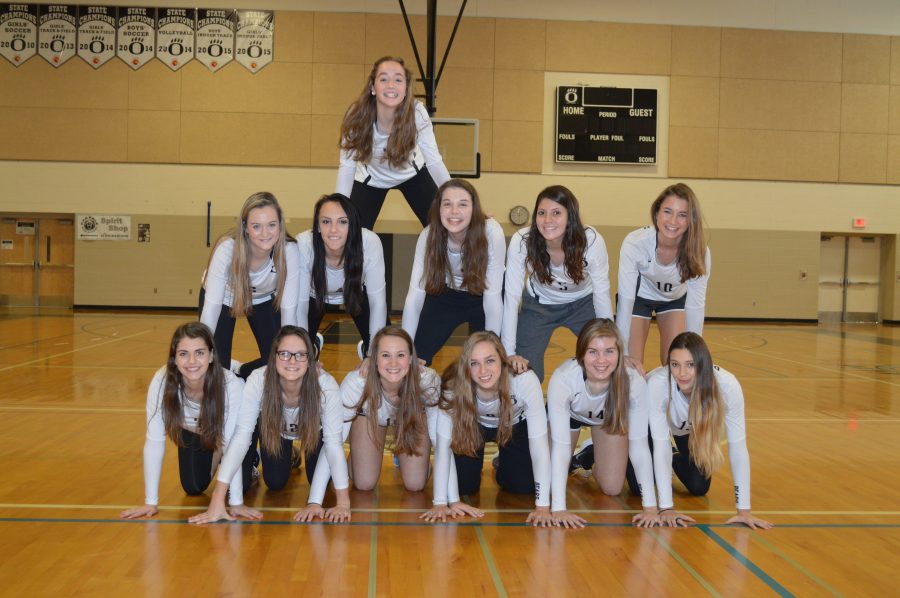 After coming off of their first state title last year, Oakdale’s volleyball team is continuing their winning habits with a 3-1 senior night win at the end of their season against Williamsport. Although this year has had its own ups and downs with a record of 8-6, the team keeps a winning trend as they head into playoffs.

“There’s been growing pains this year, but throughout the season we’ve started to pull it together. I really think we’ve found our rhythm,” said Senior Setter Valeria Retana. After a state title the previous year, the girls are planning on finishing out as successfully as last year.

“We started the season well, but we hit a breaking point halfway through. The breaking point brought us together, and I think it’ll carry us through playoffs,” claimed Senior Captain Abbie Harry.

While the girls have suffered tough losses along the season, they’re all ready to take on whatever challenges they face down the road to playoffs. Their first playoff game is home against Seneca Valley on November 5th.

As volleyball fan Burk Hill likes to say, “We’ve been getting rowdy, getting in people’s heads you know. Just going out and winning games.” The girls plan on adopting Hill’s winning mindset and making another run for states.

The Oakdale Varsity Volleyball Team poses for the camera.